This is somewhat a follow up to my previous post Calling the Swish Payment API from Azure AppService, although it is not about Swish at all. It is, however, about certificates in Azure. It is also way too long, if you’re the impatient type, I’ve added a TL;DR

Today, I was implementing authentication and signing with BankID, a popular electronic identification system in Sweden[1], for a client. I was using a library called Active Login[2], which makes it a whole lot easier to implement. That is not really relevant to this post, though. What is relevant is that in order to call the BankID API, you need to use a certificate issued by your bank.

When you want to use private certificates in Azure, you probably don’t want to include them with your code[4]. Instead you upload them to your App Service, either using the Azure Portal, or using the command line[5]. 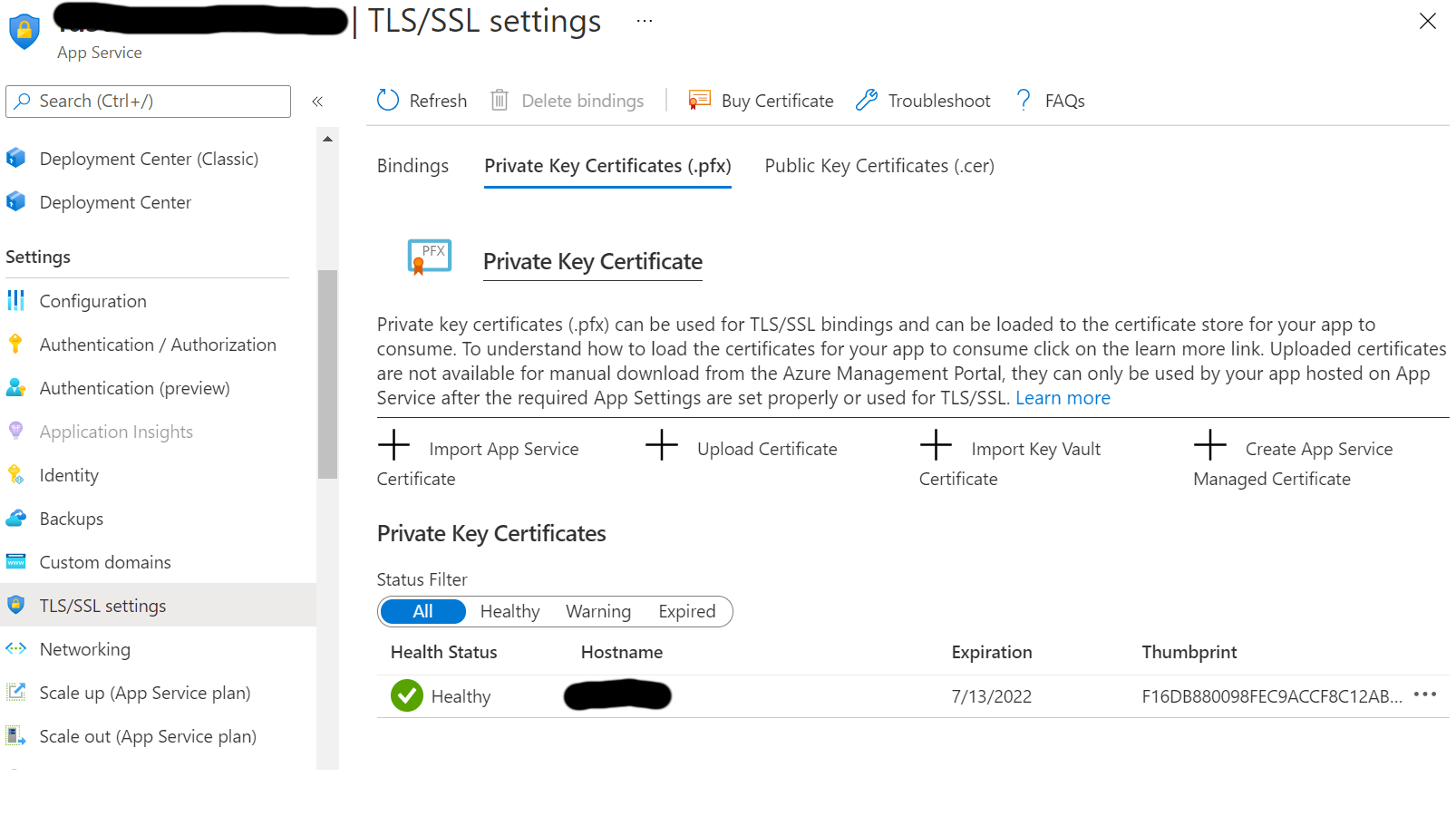 In a Windows-based App Service, when you upload private certificates to your app service, they end up in the Certificates Store, more specifically in the Personal Certificates store for the CurrentUser. They can then be loaded with these few lines of code:

This, however does not work in Linux. Correction: it does not work in a Linux-based App Service[6], because there is no certificate store in Linux (not in the Windows way, at least). But wait, you say, you can still upload certificates through the Azure Portal in a Linux-based App Service! Where do they end up? Have no fear, child, that is what I am here to tell you!

If you, or rather I, had bothered to read the documentation, I, or perhaps you, would have found a page called Use SSL cert in code, and maybe even the heading “Load certificate in Linux/Windows containers”. Here, it clearly states that private certificates in Linux containers[7] are stored in /var/ssl/private, as long as you remember to set the environment variable WEBSITE_LOAD_CERTIFICATES to the thumbprint of your certificate (or * to load all of them).

Alright, so I opened a SSH session to my App Service, and typed in ls /var/ssl/private. Nothing. In fact, the directory did not even exist. Fortunately, my many hours of banging my head against the Swish implementation bare fruit, and I suddenly remembered that changes to the certificates often does not apply unless you stop and start the App Service. Restart is not enough, you have to Stop it! And then start it again. I checked again, and heureka! My certificate was there! In form of a name called THUMBPRINTINCAPITALLETTERS.p12[8].

So, to answer the question that I may have promised to answer by naming this post “Loading private certificates from a Dotnet Core app in an Azure Linux App Service”:

You just load the file. They are not even encrypted anymore, so you don’t need a password:

So there. Easy, peasy!

Wow, I did not expect this post to be this long. I’d better add a TLDR. I obviously find writing way to fun. Also, I may have broken my previous number-of-footnotes-record!